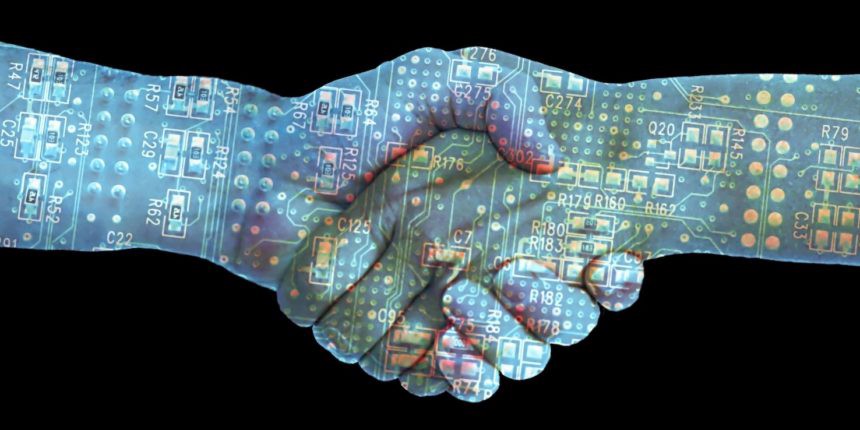 Trust is a complex, social phenomenon, traditionally defined in relation to human interactions. A major focus in the social sciences today, however, is the relationship of trust between human beings and the rapidly evolving technologies that are swiftly becoming part of our digital world. Two of the most vital factors in building digital trust are accountability and transparency. While many emerging technologies forge ahead with little consideration of these dimensions, blockchain technology was created with that very call to action at its core. Still, in its 2018 Global Blockchain Survey, Price Waterhouse Coopers found that nearly half of all respondents believed that trust in the technology is a major barrier to its wide-scale adoption. That’s a compelling dilemma for a technology built on the concept of trust.

Of course, any emerging technology engenders doubt that its performance, speed, reliability and security will be better than what is offered by traditional options. The adoption of emerging technologies always carries a certain level of risk and uncertainty; formation of trust in new technologies requires a leap of faith for first users and simply time for the rest. With blockchain — a “disruptive technology” — that risk comes with the additional, revolutionary potential to displace current power structures across society. While this adds a layer of complexity to blockchain’s story, the very notion of its disruptive power is the backbone of its historical and philosophical foundations.

Bitcoin, blockchain’s first successful application, was conceived of in 2008 amid the Global Financial Crisis (GFC) when trust in banks was at an all-time low. With this context as a backdrop, Bitcoin was created to introduce a new model into what many felt was a broken system. According to the original white paper on Bitcoin by the technology’s anonymous creator(s), Satoshi Nakamoto, the traditional trust-based model of banking was the weakness that led to the sector’s partial collapse in the U.S. The GFC brought the trust that society had long-instilled in traditional financial authorities crashing down, irreparably altering social attitudes towards banks. This, coupled with the dissolution of a belief that governments could be relied upon to protect us from the banks’ misconduct, created ample space for Bitcoin to make its entrance onto the global stage.

It is a commonly held belief that the concept of Bitcoin grew out of the alternative Cypherpunk movement, a cyber-culture that advocates for self-governance and security above all else. This movement places the zenith of power in the hands of the people themselves, advocating against the monopoly traditionally held by governments and institutions. While its history and philosophy are rooted in the inversion of traditional power structures due to a mistrust of central authority, blockchain itself is nevertheless a system that requires social contracts in order to function. Like banks and governments, in order for blockchain technology to be adopted into the mainstream, we must empower it with our trust.

Belying its label, in blockchain, trust is never absent, it is simply diffused.

Bitcoin sought to offer an alternative financial system to the dominant one, where governmental and financial institutions hold a monopoly on trust, power and capital. As such, the blockchain technology that facilitates and hosts that digital currency, along with many other applications today, was born of the need for a different medium for trust. However, since the inception of Bitcoin as a response to this need, blockchain has been framed as a system that functions without our trust: “What is needed”, according to the aforementioned white paper by Satoshi Nakamoto, “is an electronic payment system based on cryptographic proof instead of trust” (italics my own). Hence, blockchain became known as a trustless technology.

But given this background that orbits around the concept of trust, why call blockchain technology trustless?

With regard to public-permissionless networks, specifically (that is, blockchain systems that rely on a group of unknown participants cooperating via a set of rules to maintain the network ledger), that the system is trustless implies that it can be trusted without requiring any trust in the parties involved in a transaction. This quality eliminates the need for a middle-man to carry out a transaction, diffusing trust by cutting out those central powers deemed unaccountable, like banks and governments. Instead, the technology itself acts as the verifier of authenticity and the mediator of the exchange.

However, the technology is not an objective robot, verifying and executing transactions autonomously. Rather, employing tools such as cryptography and consensus algorithms, a multitude of human beings power the technology. As such, the network requires more honest people participating in it than dishonest people, in order to function. Assuming an honest majority, the implementations of cryptography and hash-chaining together ensure data immutability. This is a fundamental requirement in order for the system to function as a distributed trust network.

The most essential takeaway from this simplified explanation is that the trustless feature of blockchain rests on its capacity to decentralize the distribution of power. Rather than having to instil our trust in one central authority, our trust is diffused across an entire socio-technical network, built on technology that’s objective is to ensure transparency and accountability. This aspect of the technology is central to its existence as a viable alternative to classical systems across sectors reaching far beyond its original financial iteration.

For Topl, one example of how the trustless aspect of our blockchain technology motivates our work is in our supply chain functionality. This functionality enables an unprecedented level of transparency, empowering companies using our protocol to verify the ethics of their production line, incorruptibly tracking a product’s journey from source to consumer.

Whether that product is diamonds or spices, consumers can trust the company because the technology actually generates a level of accountability previously untenable. This elucidates the nomenclature of the “trustless” in blockchain technology: as a consumer, I do not have to trust the company’s word that their practices echo their stated mission; I can directly verify the information by interacting with the distributed trust network. In a sense, this substantiates the old idiom that actions speak louder than words.

Practically, this application, owing to blockchain’s trustless technology, has the potential to revolutionize the spread of demonstrable sustainability and ethical practices across a wide range of industries. It could serve as an unparalleled tool in combating the insidious trend of what is known as “green-washing”: companies following the trend of eco and social sustainability by falsely marketing their products and practices in this way in order to gain a business advantage. The impacts of this functionality could help to move a trend with positive potential toward powerful action, producing a paradigm shift akin to the original intentions of blockchain’s first application by ushering in a new era of accountability and transparency.

While it is not exactly a misnomer, the technical branding of blockchain technology as trustless can be misleading. It not only removes the technology from the social context in which its applications will always be situated but also semantically obfuscates a critical feature of the technology that could prove vital to its general uptake. Language is a powerful tool, and while blockchain can be a vernacular nightmare for those lacking a technical background, elucidating the technology’s trustless branding is a good first step in increasing awareness about the functionality and power of this emerging technology. Trust is not only required for blockchain technology to function, it is on a fundamental level, motivated by the need to transform our relationship to it. As a disruptive technology through-and-through, blockchain inputs the old and outputs the new: reconstructing the concept of trust and fashioning it into a novel interaction that could be of potent value in reconfiguring our future.

No items found.
Back to Blog