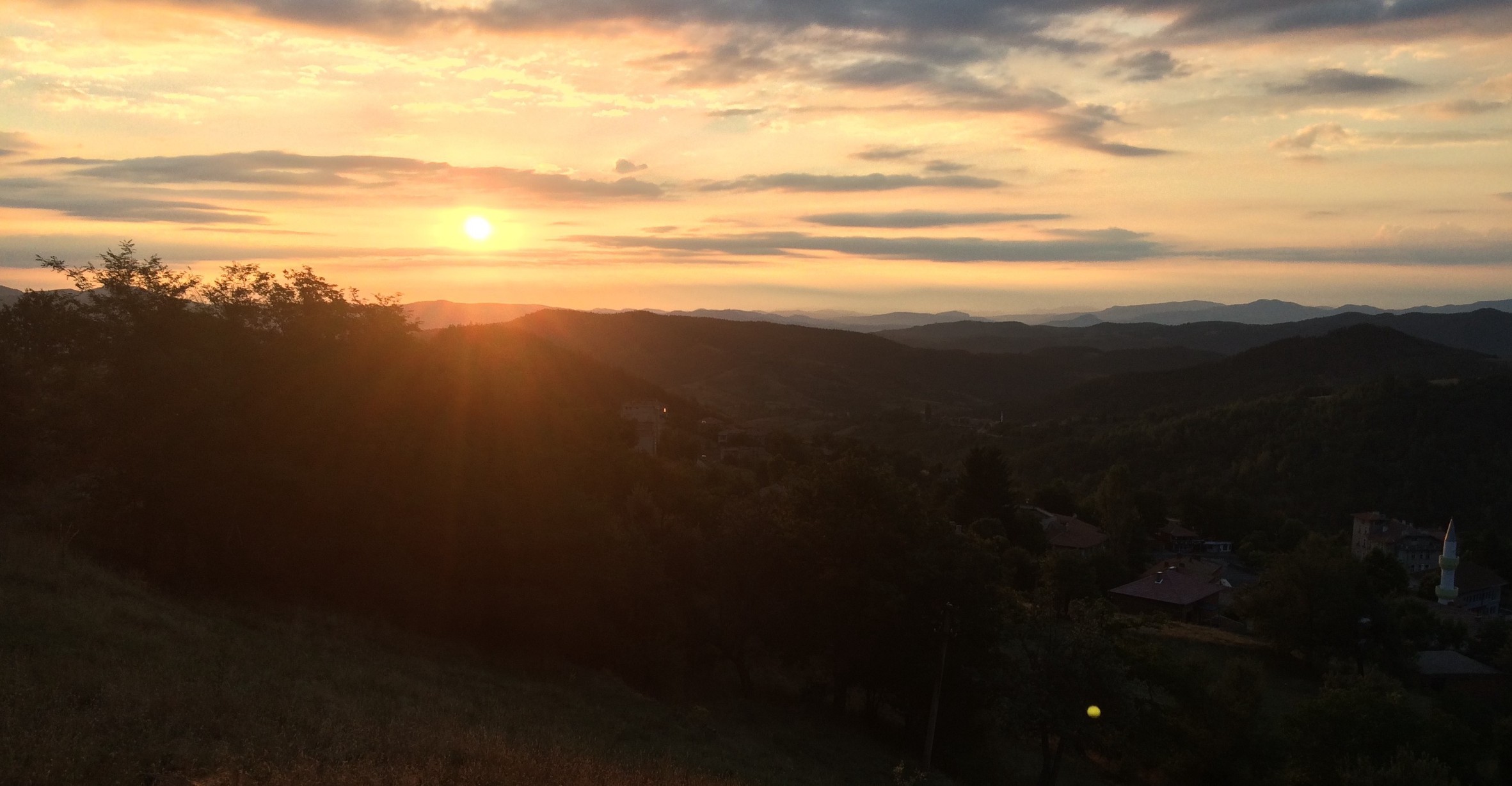 “It’s too early for blockchains”

“It’s too early for blockchains.”

If I had to sum up the most common mistaken view towards distributed ledger tech in 2020, that would unequivocally be the sentence I’d choose. This criticism emerged sometime in 2019 to replace the false belief that all blockchain applications are ICOs (initial coin offerings) or scams, which had in turn already replaced the pre-2016 chorus of “What is a blockchain? Is that the same as bitcoin?”

Having been active in the blockchain space since 2013, I must say that I think this current line of criticism is actually a very encouraging sign. Not only because blockchain has survived its first “winter” after the boom of 2017, but it has in fact survived to a point that even many of its fiercest critics have had to fall back to the line of “not now but eventually”. The point blockchain technology is reaching today is shown to be even more auspicious by realizing that the current most common line of argument lodged against it is among the easiest to tackle. Such refutation requires only the twin pillars of the theory of disruptive innovation and an acceptance of the fact that most of the world does not look like the world experienced by those of us fortunate enough to spend at least a part of our workday browsing LinkedIn.

First, let’s look at the theory of disruptive innovation as developed by Joseph Bower and Clayton Christensen at HBS in the mid-90’s. While I consider both the original and updated pieces by the authors absolutely essential reading for anyone who uses the word disruption or innovation on a regular basis, I will do my best to summarize the theory. Seeking to explain how market leaders are so often overtaken by upstart competitors, Bower and Christensen divide innovations in two distinct types, sustaining and disruptive. While a sustaining innovation is an improvement on an existing product or business model to better serve the predictably increasing demands of a business’s (often a market leader’s) core customers, a disruptive innovation is the introduction of a new solution to serve the needs of either a new market or one that has been overlooked or abandoned due to its relatively small size or unappealing profitability. According to the theory, disruptive innovations succeed by virtue of their initial ability to uniquely serve a nascent market free of competition from market leaders and their potential to subsequently migrate into a more profitable market through the addition of the bells and whistles (sustaining innovations) that are required by the largest and most profitable customers.

How does this theory inform our view of blockchain adoption?

Almost immediately after the line “it’s too early for blockchain” is spoken, the conversation shifts to trying (and failing) to identify the list of Fortune 100 companies already leveraging the technology beyond PR-driven pilots. If we posit that blockchain technology is an example of disruptive innovation, then we know that such a list should not exist yet. Instead of first looking to adoption among some of the largest and most profitable customers as validation that the time of blockchain has arrived, we should focus the two pairs (1 & 2 / 3 & 4) of indicators that define whether or not a new technology constitutes a disruptive innovation.

Those on either side of the blockchain debate will likely find quick agreement on our first indicator (1 & 2). By their decentralized nature, blockchains today are slower and can handle less throughput than other data storage or processing solutions. Due to the high level of security and self-sovereignty offered, blockchain technology can appear to users as less intuitive or usable.

Now how well are these weaknesses being addressed? Just 5 years ago when Ethereum was first released, the network was able to handle 20 transactions per second (tps) and was heralded as a major improvement over the 7 tps offered by the Bitcoin network. Since then, numerous blockchain networks (including Topl) have tested and proven capacities easily exceeding 100 or even 1000 tps without sacrificing security or decentralization. From this trajectory, we can see that blockchain technology will be capable of matching even the most stringent scalability requirements in just a few years. For the 2017 holiday season (the most recent record found), Visa reported needing to handle no more than 15,000 tps at peak. With Visa handling more than $11 trillion in economic activity each year, the 1000+ tps offered by the latest blockchain technologies may very well already be able satisfy the needs of everything short of holiday shopping and high frequency trading. Supply chains, for example, have far lower requirements, with back of the envelope math providing an upper bound of no more than 100 tps to trace every coffee harvest in the world.

Solutions to issues of usability are less cut and dry. Nevertheless, we’ve seen significant progress on this front as well. Accessing and interacting with a blockchain network can now be as simple as installing a chrome extension and there are efforts underway to enable access through modalities as low tech as SMS.

Next, we turn from the shortcomings of blockchain technology and the sustaining innovations required to make the technology work for everyone to the disruptive value that lies at its core. As the authors of the theory of disruptive innovation point out, if a disruptive technology must have shortcomings that prevent its immediate adoption by the largest and most fought over customers, it also must have an overwhelming advantage for those customers that form its beachhead market. In the case of blockchain technology, that irrefutable advantage comes in the form of increased trust and the democratization of data and proof.

Blockchain technology is unique in its ability to allow for every single user from the largest corporation to the most disenfranchised individual to directly submit and retrieve information from a censorship-proof network.

‍No longer must consumers trust the word of corporations — blockchain empower them to access information behind claims of ethical production or green practices directly. Purchasers of carbon credits no longer need to rely solely on 3rd-party certifications, as they can now trace every step of a credit’s journey to it’s physical source and verify for themselves. And no longer are those seeking to fund novel mechanisms for growth and development constrained by existing analysis and can request their own forms of immutable proof of credit worthiness for enterprises large and small.

The benefits of increased trust and the democratization of information are already proving to outweigh the current shortcomings of blockchain with both individuals cut out from stable financial ecosystems by virtue of their country of birth as well as in ethically focused supply chains. While the willingness to look past issues of usability may surprise those of us with US Dollars or Euros in our wallets, it is only our lack of ability to relate to double digit inflation and the restrictions on capital movement that accompany a financial system on the brink of collapse that allow us to think this way. At the same time, we look at advanced ERP solutions such as those developed by SAP, Oracle, and the like and bemoan the lack of integrations and reporting analytics provided by current blockchain-powered solutions. Again we only do so without the knowledge that the vast majority producers and traders of commodities like coffee, chocolate, diamonds, and gold, especially those focused on ethical or sustainable production, operate with paper (or possibly Microsoft Excel) because existing solutions are both overwrought for their needs and fail to actually provide them with the ability to meaningfully prove (as opposed to just claim) their positive practices.

As we look back and see that blockchain technology successfully satisfies all four criteria for a disruptive innovation, the final question we must address is to ask “so what?”

As founder of a blockchain startup, I look at all of this as validation of our enterprise’s early decision to focus on what we refer to as challenger businesses and supply chains originating in less developed countries as opposed to the Fortune 100. Simultaneously, since successful commercialization of a disruptive technology inevitably means we have to accept that at this time when we must “make a strategic commitment to a disruptive technology, no concrete market exists”, those of us in the blockchain space must look to other sources of potential validation.

We draw confidence from the unique power of blockchains to do what no other technology can in regards to trust and the democratization of data, the beachhead markets already established, and the speed that sustaining innovations have already begun to close the gaps of scalability and usability. When blockchain technology does find mainstream adoption, there will undoubtedly be those looking for novel and nuanced explanations (or excuses) for how incumbents failed to protect themselves from the disruption of decentralization. However, simply because a technology is novel does not mean the explanation for its success must be as well; blockchain technology is merely taking the well-traveled path of nearly every disruptive innovation that has come before it.

Image “Sunrise”​ by fettahor is licensed under CC BY-ND 2.0 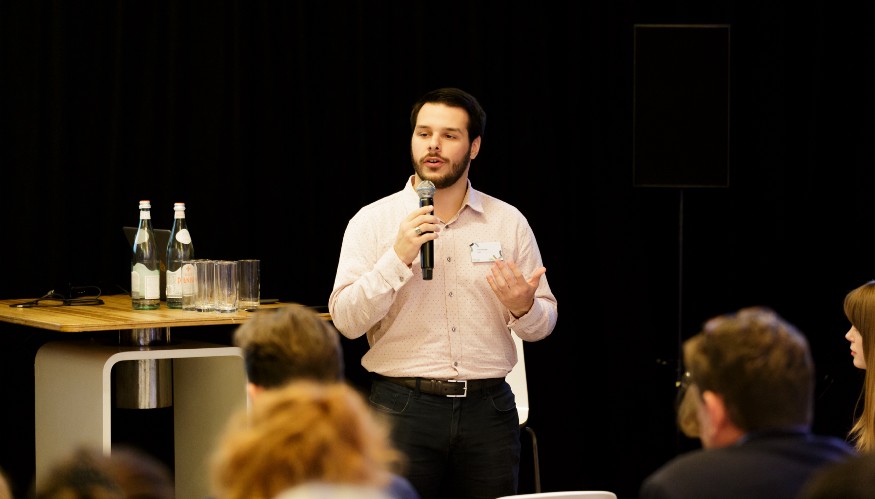 Visions of a Future Where Sustainability Meets Technology 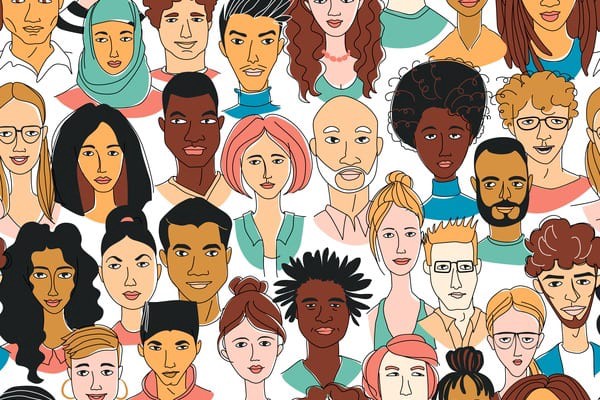